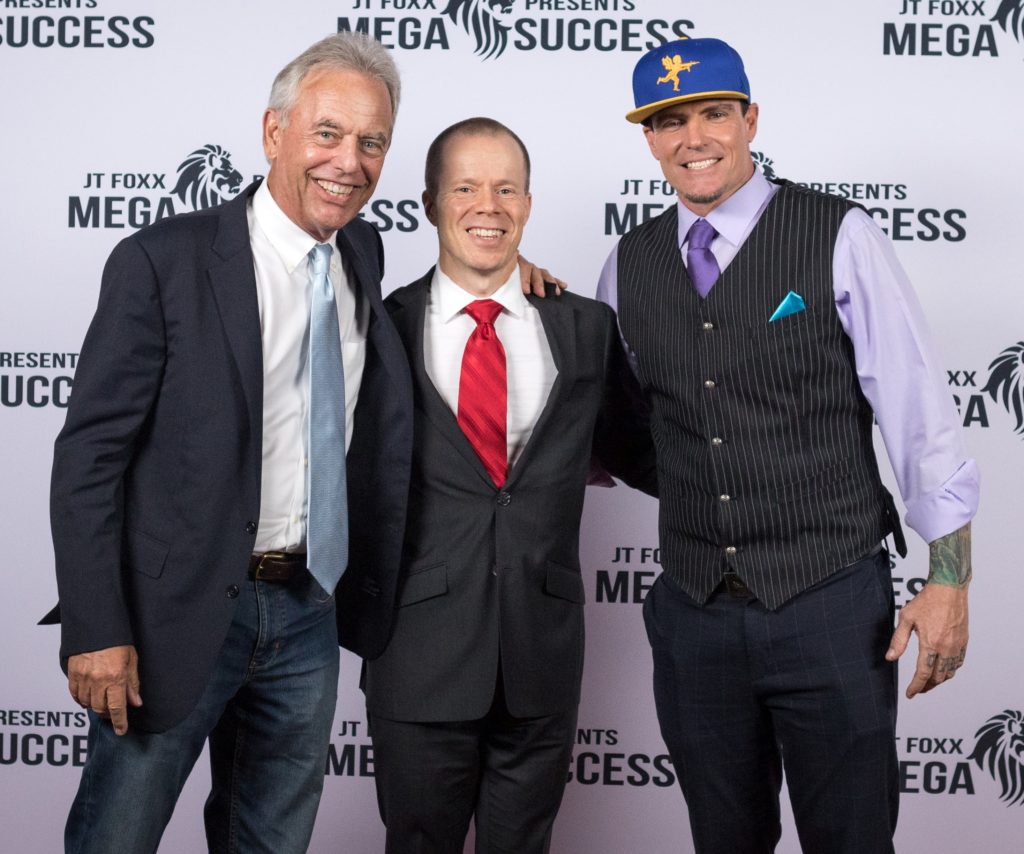 For those of you old as me, I’m sure you remember strutting some dance moves to Vanilla Ice’s “Ice Ice Baby” during the 1990’s! Ice wrote the song when he was 16 years old and it was released on his album To the Extreme, in 1990. If you want to relive the glory days, or hear it for the first time, click HERE. https://www.youtube.com/watch?v=rog8ou-ZepE  I met Vanilla Ice (pictured right, Hugh Hilton left), now aged 51, when I was in Los Angeles last year in a conference with 2,500 people from 75 countries.  What I found interesting upon returning from LA was the number of people who told me something negative about Ice, from drug references, being broke and a one-hit wonder. I must tell you that Vanilla Ice was one of THE most fascinating, insightful, friendly, down-to-earth, intelligent, focused, talented, family-oriented, loving and successful people you could ever hope to meet. Meeting him was such a thrill.

It was such an amazing experience to listen to Vanilla Ice’s perspective alongside property experts Hugh Hilton, George Ross and JT Foxx. He’s such an inspirational influence and has a great sense of humour and playful personality. Anyone that wants to improve their life, have fun, grow their wealth and become a better version of themselves would absolutely prosper by spending time with Vanilla Ice.

I always love learning about what drives a successful person to more success. Vanilla Ice says; “we all have the same 24 hours to make the most of them, but it is what we do in that time that separates us from each other.”  What are you doing with your 24 that moves your life forward? Are you watching the clock at work waiting for the day to end? Counting down the days before the weekend comes around? Measuring the success of each day against whether you’re keeping up with the latest “binge” watch on Netflix?  Even though some of those statements may make you smile, since 2000 Gallup has polled millions of people from over 200 countries around the world and have shown that 85% of people are completely dissatisfied with their jobs and up to 90% report being frustrated in their workplace.

Imagine a life where every day is a gift and you can’t wait to jump out of bed to get the day started. It took me some time to get there, but since leaving my corporate career in 2009, I live my passion every single day by helping people optimise their health and transform their bodies and mindsets. Guess what? I haven’t worked a day in my life since 2009. Ironically, I physically and mentally now spend more hours working on my mission to help others per week than I ever did at my corporate job, but I don’t feel like I “work” a day at all. When you get to that passionate place of purpose in your life, watch how your entire universe changes! In the words of Vanilla Ice “Yo, VIP, let’s kick it!”

A couple of things Vanilla Ice said that surprised me-based on my preconceived ideas of what a ‘90’s rapper would be like. Ice is a vegetarian now and very focused on optimising his health. He is also a “strong believer in life being about family and friends. Make life an adventure and full of happiness because you can’t buy a smile.”

Vanilla Ice put on an impromptu concert for us which really shook the house! Such an awesome experience to hear him sing live and be part of the crowd going crazy! You’re a legend Ice, thank you for sharing with us.

Looking to start your own success journey? Learn how you can maximise your energy, functional strength and optimise your health at any age by getting started with our FREE Consultation. Imagine having more energy and feeling better in is as little as 3 days! All our Success Stories started by taking this same first step.