Here’s such a wonderful inspirational story.  I had a client that worked with me a few years ago get back in contact with me in March 2014.  He lives in Endeavour Hills and travel at the time was an issue so he had to stop his PT sessions.  David Gadalla is his name, aged 19 when he started with Studioz, very overweight tipping the scales at over 140kg and very unhappy with himself and life in general.

David sent me an email with a picture of what he looks like now.  He wanted to share it because he said that I’d kick started him and he wanted to end up on my “Success Wall” in the studio. 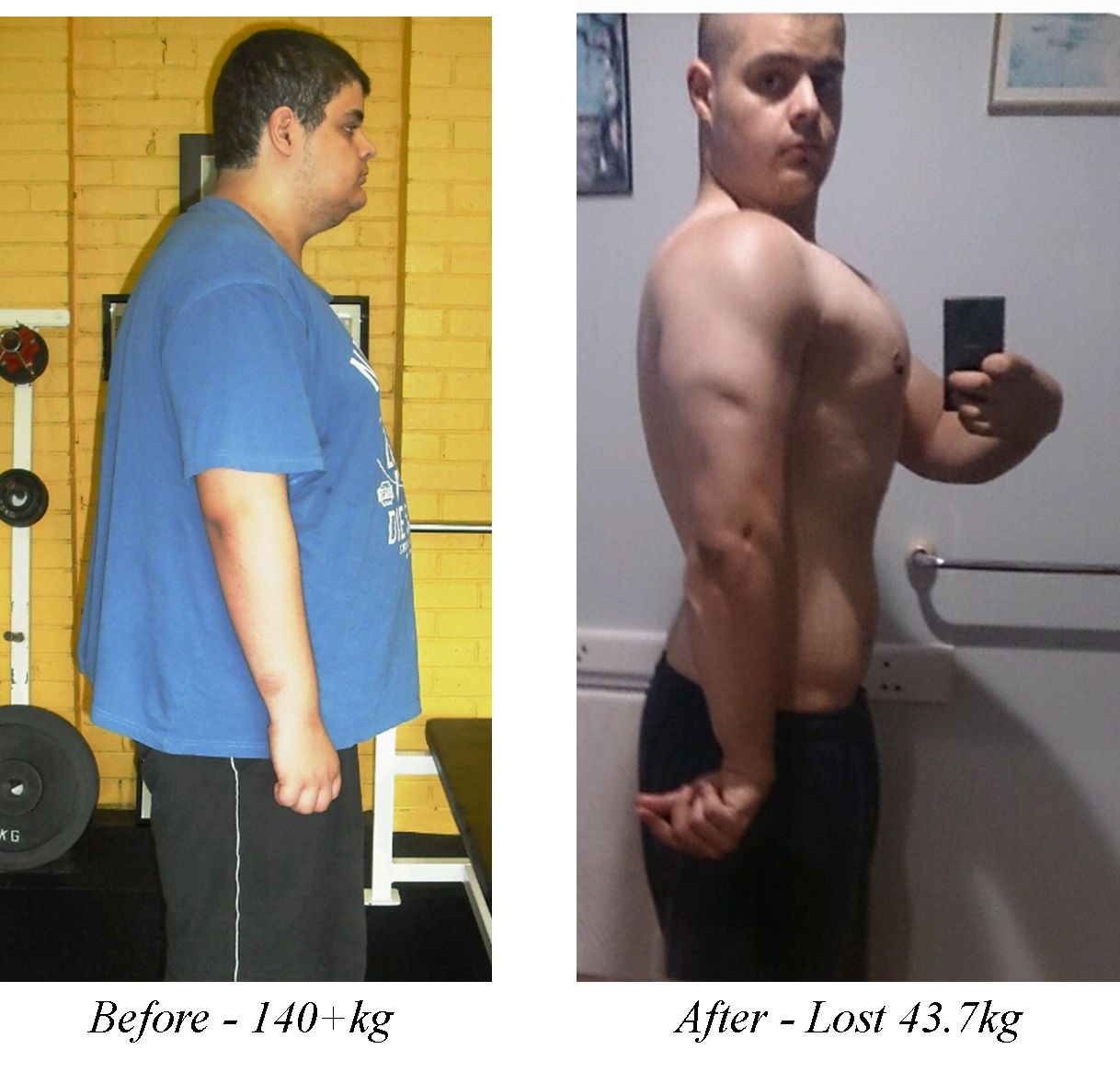 Here’s what he said:

“There’s one individual I used as the main source of my motivation and his name is Kai Greene. He’s an American bodybuilder who struggled with his life had nothing in his pocket but would find money for a gym membership and healthy food. He’s now a top bodybuilder. I applied his beliefs and morals to my life and that is how I changed my mindset. It became a habit to me which I love and can’t live without, there’s no satisfaction like making your own food and enjoying it and going to the gym. It’s got to the point where I’m neurotic about everything and I won’t stop till I achieve my goals”.

Awesome job David, I’m really proud of you a loss of 43.7kg is a huge achievement – you’re on the wall!!  So if you’ve tried and failed before….NEVER give up!  YOU can do it.  Just like David!  Need some inspiration, support and accountability to get you there?  Book in a consultation with me right now!